Association of Folklore and Ethnography of the Autonomous Region of Madeira

Member of the Portuguese Folklore Federation

Application available for mobile phone with all GFR information.

Folklore Group Agenda for the next two weeks

DVD - The Best of Madeira Folklore

Rochão belongs to the Camacha parish which is part of the Santa Cruz county. Rochão is the largest of the areas that make up Camacha. Diversity is a present factor in our hometown, there are places where nature thrives in its purest state like Poiso and Montado do Pereiro, in which you can remark a vast set of birdlife and also an indigenous and exotic vegetation of rare quality.

“Camacha became parish in 1676 and town on 10th September 1994. It is estimated that currently 10 thousand people inhabit this parish distributed across its 1,958 hectares.
Camacha is one of the most emblematic districts of Madeira, and is one of the most visited by tourists. The parish is internationally known for its folklore (the “bailinho” of Madeira) and wicker work. In this parish you can visit the Handicraft Centre where you will find all kinds of furniture and decoration made of wicker.

It was in this parish in Largo Achada, that football was played for the first time in Portugal, in 1875." 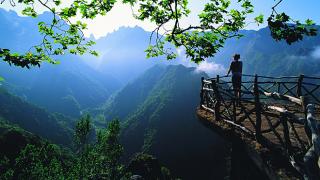 This archipelago is formed by the Madeira Island with an area of 740.7 km², Porto Santo with 42.5 km², the Desertas Islands with a total of 14.2 km² comprising the three uninhabited islands, and by the Selvagens Islands whose set of 3 islands and sixteen uninhabited islets make up an area of 3.6 km². Of the eight islands, only the two largest (Madeira and Porto Santo) are inhabited and can be accessed via the Madeira Airport in Funchal and Porto Santo Airport.

Funchal, the capital city of Madeira, has access by sea, through a port with a modern station that stands out on the national scene, with regard to cruising. More than half a million passengers disembark here per year. The remaining islands are nature reserves.
For hundreds of years, Funchal was the only city of the Autonomous Region of Madeira, until 5 other cities gained this status between the end of the twentieth century and the beginning of the next century: Câmara de Lobos, Caniço, Machico, Santana and Vila Baleira.

The island of Madeira has a very rugged terrain, with the highest point being Pico Ruivo (1,862 m), the Pico das Torres (1,851 m) and Pico do Arieiro (1,818 m), respectively the third, fourth and fifth highest points of Portugal. The northern coast is dominated by high cliffs and in the western part of the island you find a plateau region, the Paul da Serra with altitudes between 1,300 and 1,500 m.